Before we begin, let me share a true story of a union in modern Singapore:

“There was once a union so influential, it managed to convince 90% of a company to join them. Once the company was unionised, the unionists wasted no time in negotiating wages and benefits, to which the management was strong-armed into.

Workers were then paid more and everyone cheered as they thought they won a war against the management.

In a few months, the company ran into financial problems (directly linked to wage negotiation) and shut, leaving all of the staff jobless.”

Last Saturday, I was invited to the Ministry of Manpower’s “Singapore Conversation” (since August 2012, the Government had been leading a series of “conversations” to encourage active citizenry).

The question that was posed to the participants was a simple, “Does Singapore have a level playing field for both citizens and foreigners?”

In today’s political climate, I thought it was quite brave of MOM to use the words “citizen” and “foreigners” in the same sentence. I saw eyes light up and then the room was divided  into two factions: the employees and the employers. Employers say, “it’s very level” and employees opposing that.

Also, I think calling it a “playing field” is deceiving. It brings to mind little children running out into a wide open pasture, filled with dandelions, singing birds and beautiful flowers. And they play. They hold hands, run around and play. 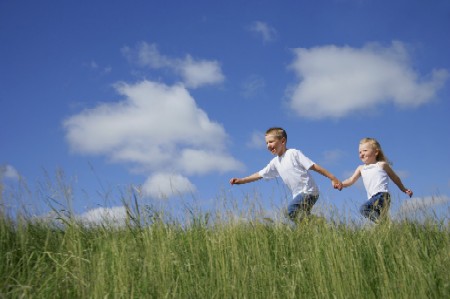 Noooo. The employment market is more a battlefield. You do not hold hands and run around. You carry the most bad-ass weapon you can get your hands on and kill. And if it’s a battlefield, who the hell would care if it’s level or not? You see, the problem i have with these “conversations” is i’m afraid it gives a false impression to attendees that national problems could be discussed in a room and in 2 hours, voila. Our manpower problems solved.

How do you appreciate manpower issues in a clear headed manner, in less than half a day? Not possible me thinks. The important bits of manpower problems are not interesting to listen to. The self entitled, me-first criticisms are always more fun. What’s so exciting about studies of labour supply? And amidst all the self-centred criticisms, how do you sieve out the wheat from the chaff? How do you listen for useful views when the internet is all “they took our jobs!”

But the conversations are quite entertaining lah. Ideas range from the very bizarre (Government must ban all foreigners), to the somewhat logical (implement a points system to create resistance for hirers). Someone even insisted the Government setup an organisation that employs ONLY Singaporeans (actually there already is such an organisation. It’s called the Civil Service). (Update: Had a comment on Facebook that Civil Service does hire a small number of foreigners to supplement the core workforce, makes sense, can’t have 100% of anything. Just like gold bars are not entirely pure gold.)

I left the session with a feeling of dissatisfaction. If you’re watching soccer, you want to know who won at the end. Over here, the two opposing factions came to stalemate. “Everybody’s thoughts will be taken to consideration” is very diplomatic, but leaves you feeling half-empty and half-full. Like snacking between meals.

Whatever the MOM decides to do with this data, I just hope they won’t become like the self-pwned union I talked about earlier.

1 thought on “Does Singapore have a level playing field for both citizens and foreigners?”