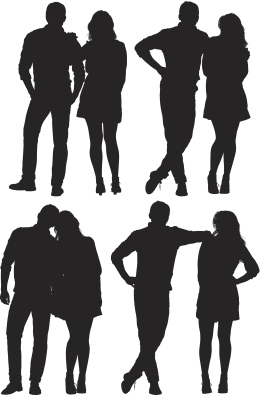 Here’s an interesting statistic I read yesterday: 69% of singles have no idea if they are going out on a date or just “hanging out”.

21st century living is not easy. We’ve come at the crossroads of being conservative and liberal. We want to be both traditional yet pursue the modern. We wear “smart casual” to weddings because we’re too cool to care.

We go out with someone we’re interested in, but “Hey, can’t let her know I like her…gotta play cool...” Gotta work with the vibe, can’t be too eager, can’t look desperate.

And then for the guy, there is the dreaded “What if she says no!”

Some men deal with rejection by not inviting it in the first place.

He doesn’t ask you out on a date, he’s asking you to dinner. To “hang out”. Yet deep in his heart, he wants more than that. If he had no interest, he’d rather be with the television at home.

If you say no, that’s cool – because, y’know… it’s just hanging out.

It is the same for the girl also, cause it was traditionally the domain of the guy to ask a date. She has more reason to disguise it as casual as possible. If he says “no”, then there is no embarrassment. Disappointments are bad enough, no need for awkwardness too.

And you know what makes it more complex? The damn internet.

In the age of Facebook, dating apps and meetups.com, people are now exposed to networks far, far wider than at any point in human history. The dating menu has bulged. Whilst romance turns flaccid.

With so much choice and so little time, you don’t really want to give a hint of interest to anybody, lest he/she gets long-term ideas. So you cannot ask someone for a date. The invitation to a date is loaded with the burden of commitment (or at least the potential of it).

21st century dating is akin to buying a car. You see a nice model, you take it out for a spin and you leave to think about it for a while. This works both ways, guys and girls.

Sometimes during the test drive you fall in love with it quickly, and make a purchase decision right there and then. Sometimes you drive a lemon and the engine chokes and sputters, so you ditch it fast.

And then there are also people who test drive just for the heck of it.

The more complex the society you live in, the wider the slate of partners you can chose from, the more likely you will be to stay single.

All this can be dismissed with a simple solution: If you like someone, be bold and say it. It doesn’t matter if you’re the guy or the girl – just say it. Don’t allow the worm of ambiguity eat into your relationship before it even blooms.

The worst thing that could happen is when two perfect people pass each other in life and neither of the twain know it.