The NTUC of today runs enterprises, is non-strike, co-operates with government & businesses and membership is criticised for resembling a social club, rather than a labour movement.

The precise moment of when the confederation became a friendlier, fuzzier version of its former self, can be pin pointed to the NTUC Modernisation Seminar of 1969.

It was to embrace economic, social and recreational life of workers (or work, play, live as we know it today). Soon, co-operatives were setup. The first of which was NTUC Income, to offer low-income workers affordable insurance coverage.  Then NTUC Comfort, enabling unlicensed taxi drivers to become owners of taxis and get a decent living. 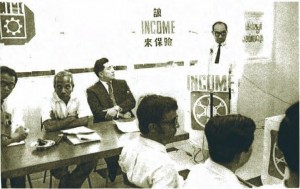 In 1973, NTUC Welcome (now known as NTUC Fairprice) put a cap on private sector businesses as to how high they can mark up their prices. Fairprice became a price regulator and continues to be today. On a side note, Fairprice is often mistaken to aspire to be the cheapest in Singapore. It makes no such promises. Rather, the co-operative is an important counterweight to prevent blackmarkets and profiteering, very important since this country is so dependent on imports. 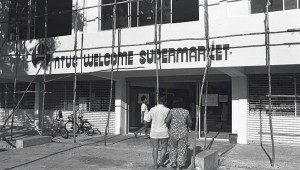 NTUC started to run businesses and why not? In a capitalist society, why not give NTUC leaders personal experience as managers?  Put them in a better position to understand the problems of management?

The reason why we do not practice militant unionism is also traced back to the 1969 Modernisation Seminar. The attitude of antagonism by employees towards their employers was to be re-thought.

Instead we extended the olive branch and became one of fair bargaining. As a result, employers became more willing to come to the negotiation table (and allow you to unionise their companies). When the National Wages Council was setup, unions were able to convince employers to adopt wage increase recommendations by the NWC.

Employers are conditioned by unionists to understand that whenever they made good profit, it ought to be shared. The need to strike gradually fizzled.

The ex-Mister of Labour and Foreign Affairs, Mr. Rajaratnam commented about the working paper of the Modernisation Seminar. He said, “…had working papers of this kind been submitted to a trade union seminar ten – and even five – years ago they would have been rejected as heretical and perhaps ceremoniously burnt as betraying the true spirit of the working class”. 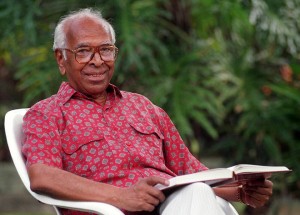 The Seminar was an incredulous notion before (and even today). It does not conform to trade union tradition. Pretty much like how Roy Ngerng and many opposition leaders desire, many old-fashioned unionists still want the NTUC to mobilise the down-trodden proletariat and wreck vengeance on blood-sucking employers.

The new Labour Movement had no rhetorical slogans, no banners, no loud hailers waging war on fat capitalist pigs who repress the common people for selfish enrichment.

No. Instead, the new Labour Movement was business like. It produced facts and figures, arguments and analyses. It encouraged thinking, debate and negotiation. There is an academic like approach towards policy making and encouraged tripartism – co-operation between the bodies of employees, employers and government.

In 1969, the NTUC was accused to be a duplication of the Government. And continues to face these accusations today.

Should this be the attitude of a Labour Movement?

Before we carry on, we need to chose what we want to achieve for our fellow workers:

1.) To be a genuine, dedicated unionist who wants to see real results
2.) To use an opportunity to draw lots of attention to oneself, for oblique intent

If this answer is clear, then so will be the process of your actions.

I am not belittling militant trade unionism. In an environment of tyranny, in a world where the disorganised working class is exploited, where government changes hands so much that it is impossible to build any meaningful, lasting relationships… then yes, take the fights to the streets – but is there a need to upset a well run machinery?

Whether you experience it personally or not, salaries are continuing to increase. Much of what foreign trade unions fight for (welfare, better employment conditions etc) are entrenched into our Employment Act. There are functional avenues to take action on errant employers. All the mechanics are there – are we using it to its full potential? Is there really a need to disrupt this machinery?

The arguments about the NTUC “having no teeth”, or mocking the movement for being little more than a social club have been here since 1969. The finger pointing, jokes and accusations continue… yet you cannot disagree that at any given point in time since then, the worker has had a better life. Better environment, better amenities and better opportunities to move oneself into an even better position in career and family life.

I’ll end off with a quote from then Minister Mentor Lee in 2011, which he made for the 50th anniversary of the NTUC.

“…growth is meaningless unless it is shared by the workers, shared not only directly in wage increases but indirectly in better homes, better schools, better hospitals, better playing fields and, generally, a healthier environment for families to bring up their children.  I am glad that since I stood down as Prime Minister, successive Prime Ministers, first PM Goh Chok Tong, now PM Lee Hsien Loong, both had the same policies – pro-worker, pro-trade unions.”

And because of this direction, we now have today a functional tripartite labour movement: a product of envy of many countries.

1 thought on “Why are the unions in singapore non-militant?”