February the 14th – the day set aside to punish couples the world over. Your crime? To be so disgustingly in love. Yes. The men, you will be relieved of a few hundred dollars, made payable to our Chief Extortionists, otherwise known as the flower-shops and restaurants. Ladies, you are not spared, for you shall sit in that restaurant, carrying those flowers – just like the thousands of your fellow diners around you. You will beg for privacy yet will receive none. *Evil laughter*

Yes…Valentine’s Day… bah, humbug. The world pauses and lovers all over the planet disrobe and worship the god of valentine. A day where innocent roses are sacrificed together with choice animals so that a feast may be prepared for your own personal goddess. You will pour her wines, you will devote her your attention, you will foot the bill whatever the price may be.

But did you know that Valentine’s Day really did have a bit of a religious beginning? It used to be known as the “Feast of St. Valentine”, in celebration of the the martyring of St. Valentinus. The poor chap was apparently imprisoned for performing weddings for soldiers who were forbidden to marry and the punishment? Execution.Pretty ironic isn’t it? Soldiers kill people, yet when he helps them lose bachelor status, he loses his own life.

Just before his execution, he allegedly wrote a letter signed off by “From your Valentine” to the daughter of his jailer.

Flirting with the daughter of your jailer?!?

That’s pretty damn daring! He should have signed off “From your Romeo” instead and this would have been a very different world today. 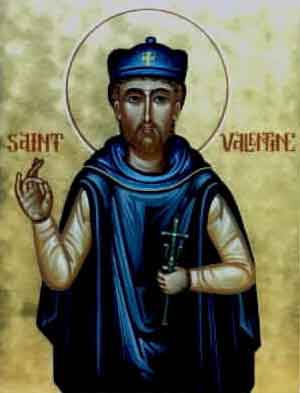 (yes, that face flirted with the jailer’s daughter, deal with it)

The Romans took him, slit his neck (I made that one up) and from henceforth, Hallmark was born.

But across the causeway in Singapore – we like to think we’re a bit smarter. Because we know that restaurants, florists and chocolate shops will be ready to play with your hearts and wallets, we celebrate it a day in advance. Hah! Maybe a week in advance. Hah! In the spirit of being kiasu, some of us even bulk buy and store the roses till d-day. Economies of scale, up yours, capitalism!

No seriously, it really is too much to pay. And these restaurants, they’re evil. It feels as if you’re taking a poor man, skin him alive, braise him well in soy sauce and slowly savour his flesh slice by slice. A small dinner consisting of a malnutritioned hen, some boiled vegetables and a tiny, tiny cup of sugar-laden dessert will set you back by $200 easily. And to rub salt into the wound, you have only about an hour to eat it, of which you have to make way for the second seating – couples who paid more so that they can sit longer.

And flowers – ladies, flowers die. No, they don’t just “die” and disappear. They rot, they grow mouldy before your eyes and they wilt all over your sofa. And before that happens, they start to stink. Pretty much describes what happens with the bloke you’re gonna marry. That’s how it is isn’t it? The men start off all sugary sweet, blossom in your face and once you marry them? Instant wilting right on your sofa. 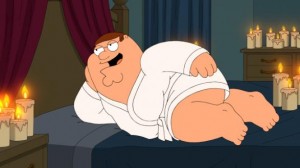 Now don’t for one minute there think I’m jealous, because I’d like to send you a message courtesy of my buddy Marcus Lim: “…and to all my single friends, don’t worry that you don’t have a Valentine for Valentine’s Day… after all, you didn’t have Aids on Word Aids Day either…”