This short dialogue captured between 938Live’s Bharati Jagdish and theatre veteran Ong Keng Sen warrants a closer look: “Bharati: Is Singapore too utilitarian a society to create truly passionate artists? Ong: I think the way our Government has created Singapore is they have really entrenched certain perspectives. I’ll give you an example. I had a young person […] It started with an assertion from Mr. P: “It is primal nature of humans to desire multiple sexual partners. Sleeping around is natural”.  I was listening to him explaining all this over a plate of hot crispy waffles served with two soft, generous scoops of ice cream. Pistachio with caramel and honeycomb. He spoke an […]

The NTUC of today runs enterprises, is non-strike, co-operates with government & businesses and membership is criticised for resembling a social club, rather than a labour movement. It wasn’t always like this. The precise moment of when the confederation became a friendlier, fuzzier version of its former self, can be pin pointed to the NTUC Modernisation Seminar […] Ok, so these are my ideas for the type of furniture i’m gonna be attempting to make! I’ve found a furniture master – will be revealing who he is later 😛 What do you guys think? Is this something you’ll put in your living room?   Love the raw, handcrafted feel of this – I […] A car crash and an ailing father, this was what bothered me for the past three weeks at least. I don’t want to talk too much about the car accident I faced. Though expensive, I don’t see it a big deal. Apart from my wallet, nothing else was hurt. I must only say, if […]

Hello readers! As you know, I’m going to be helping raise money for this charity: Children-At-Risk Empowerment. This I’ll be doing through this magazine as part of their A-Listers challenge: I have always wanted to embark on a little project – to go around schools, sharing with teenagers the importance of their youth. To inspire […] Mr. Rango just got back from Hong Kong a week ago. I used to live in Guangzhou and travelled to Hong Kong every two weeks for fun. Haven’t been to that region in a looooong time. After a hiatus of 4 years, nothing’s really changed. Here are a couple of tips for you if […] 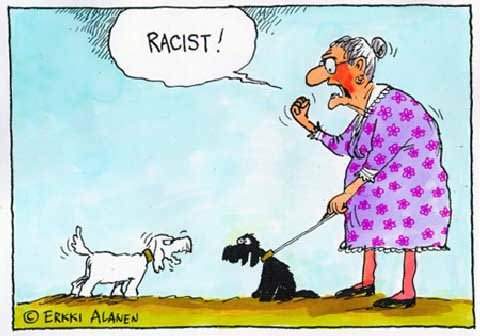 Everyone is. Deep in our hearts is a social animal. This animal wants to be part of a tribe, to bond, to feel wanted. This tribe is very protective of its “kind”. And race (or nationality) are identifiable characteristics of this tribe. Racism is wrong, but it is also very human and we try […] Yet another showdown is taking place in the streets of Bangkok. Tense and terse, supporters of rival political factions take their battle to the streets. One hell bent on ousting a Prime Minister, the other strongly resisting it. The PM’s crime? Being a little too foolhardy in trying to pass an amnesty bill that […]